In response to a recent post about the value of “at least trying” someone sent me the poem If There be Sorrow by Mari Evans.

After reading, I just had to share it along with a few more of her poems.

#1 If There Be Sorrow

If there be sorrow

to these add one;

The boys and I enjoyed this poem, which reminds us to “keep on keeping on” and to not grieve if things do not always work out, but to grieve if we holdback and stay restrained!

#2 Where Have You Gone  by Mari Evans

Where have you gone

why did you leave  me

when you took your  laughter

and what few stars  there were?

where have you gone 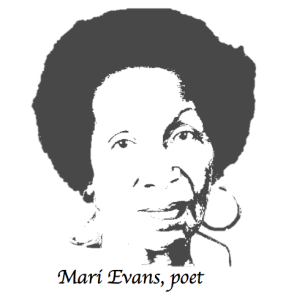 I be bringing a whole heart  and while it do have nicks and  dents and scars,  that only make me lay it down  more careful-like

And we be bringing, each of us  the music of ourselves to wrap  the other in

Soft as a choir’s last  lingering note our  personal blend

This next poem,When in Rome, is most frequently taught in middle school:

#3 When in Rome by Mari Evans

the box is full

(whew! if I had some

what she think, she got –

there’s plenty in there

to fill you up.

Hope I lives till I get

what they eats in Rome…) 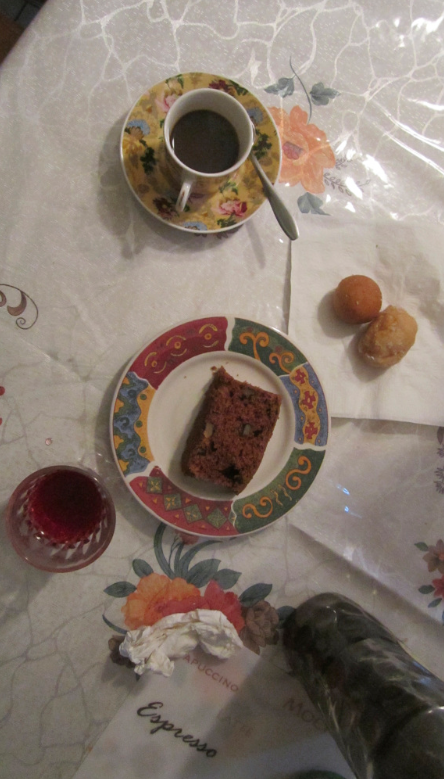 Teaching idea: Students may want to reflect on the phrase, “When in Rome, do as the Roman’s do,” which is what Mari is “playing off of” as she writes about “when in Rome.” This old saying is used to suggest that at times we need to go with the flow.  Mari is noting that yes, sometimes we yield and modify what we do for the sake of grace and social smoothness. As Mari’s choice words also show the inner struggle of “going with the flow” we get a sense of humanity – we get a feel for a healthy person who can express not being on board with the current situation – and as she says “I’m tired of…” – we also share in her social angst, albeit mild, but we have all been there – uncomfy and stretched; consequently, in this very individual view there is also a universal appeal as we all have our preferences.

Teaching idea: The “When in Rome” poem can be used to talk about the gift of food. As Mari refers to the fortifying sardines, she touches upon not just enjoying food, but also in the fortification of different items.  For example, “Me get the anchovies indeed! what she think, she got – a bird to feed?”  We feel a sense of the sound nutrition she wants from the dense, tasty meat.

After talking about the food – read the poem again and see if anyone is hungry.  This also allows the students to feel the literature – which occurs when we spend time with it!!  Have students talk about cultural differences with food and maybe even share family favorites – or times they were out of their comfort zone regarding food options. (Check out Amy Tan’s Fish Cheeks for more on culture at the dinner table).

You also may want to discuss what a “comfort zone” is and why it is good to have one, but also why it might be good to be challenged from staying there all the time. 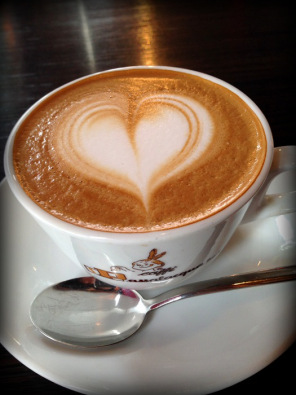 Teaching idea: Have students note the diction and words used.  Mari purposefully lets us feel the grammar and language of the everyday environment from her neighborhood –  which aligns with the food selections and adds to the tasty cultural setting she paints with her words.  Also, the specific references to the foods she does prefer, like anchovies and black eyed peas, is added on purpose – and in a way it celebrates these foods to memorialize them in writing – while it adds to the rich cultural feel of this poem, where her tasty cuisine reflects a bit of her heritage as well. 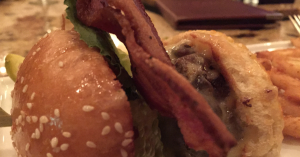 Teaching idea: Distinguish the difference between colloquial, slang, and jargon (and maybe talk about auxiliary language).

Teaching idea:  Note the message of adapting here is NOT the same thing as compromising beliefs – this just means that regarding some of the smaller issues, like food and etiquette, it is “good manners” and socially nice to adapt and yield a bit.

Teaching idea: It is beneficial for us to adapt to the customs of a place we are visiting and Mari Evans touches upon this – and so use this poem to talk about social graces and times we give and yield – it is a good thing!

Teaching idea:  Mari splits up the poem with her thoughts inserted among the dialogue, and so we also get a bit of a cultural comparison among the differing foods. This can lead to discussion about types of cultures and food prefs, but also TYPES of poems, use of imagery (representation through language of sense experience), tone (writer’s attitude toward the subject, the audience, or herself; the emotional coloring/meaning,), subject matter, culture poems, social learning poems, free verse, etc. 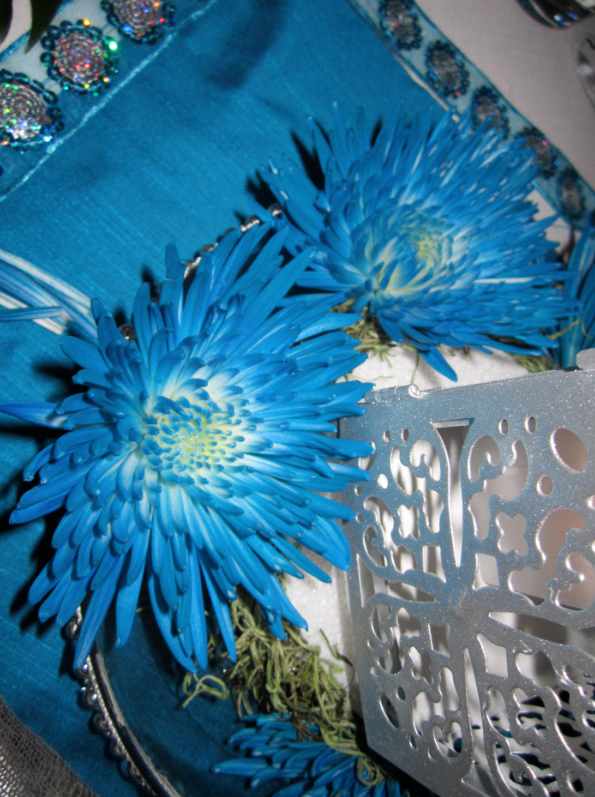 The Celebration poem is special for a few reasons.

First, it is just fun in the romantic way – “And we be bringing…. each of us  the music of ourselves to wrap  the other in…” ❤

Second, teens can talk about how relationships take two “whole” people.  Yes, we merge, yes we yield, and yes we give our all to become one – but if we lose a sense of who we are and if we give up the wholeness we have – well the relationship suffers.  So we need to keep our cup fill – but NOT at the expense of the union – instead, as a complement to the union!  And as Mari notes – so “we be twice as strong  and we be twice as true  and we will have twice as much  of love  and everything.”

Third, this poem talks about baggage and how we all “do have nicks and  dents and scars” – and so this may lead to talking about how healthy natural it is to have bumps and bruises from a  well lived life.  We fall and have bumps when we take risks and when we are fully alive.

Fourth, the boys and I read this poem earlier this year, and the the two fleas and dog analogy came up – or the triangle analogy – where the Lord is the third part in any successful union. 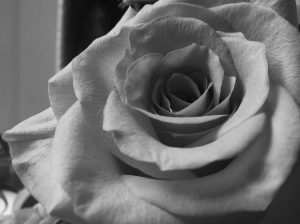 This can be set up as a matching exercise.

2)     something that means more than what it is; may be read both literally and figuratively

4)     reference, explicit or implicit, to something in previous literature or history

8)     figure of speech that consists of saying less than one means, or of saying what one means with less force than is warranted

9)     wavelike recurrence of motion or sound

10)   figure of speech in which an explicit comparison is made between two things essentially unlike; made explicit by use of like, as, than, seems, etc.

12)   figure of speech in which human attributes are given to an animal, object, or concept

13)   representation through language of sense experience

14)   what a word suggests beyond its basic definition

18)   the basic definition or dictionary meaning of a word

Poetic Devices
FIGURATIVE LANGUAGE:  Language using figures of speech and it cannot be taken literally.
IMAGERY: The representation through language of sense experience; language that appeals to the senses.
FIGURE OF SPEECH:  Any way of saying something other than in an ordinary way.

The following is a list of common figures of speech
SIMILE: A comparison between two unlike things using words such as: like, as, than, similar to, resembles, etc. I.e. Quiet as a mouse

METAPHOR:  An implied comparison between unlike things. I.e. He’s a house.

ALLUSION: A reference to something in history or literature. I.e. She had a Cinderella wedding.

CONSONANCE:  The repetition of end consonant (every letter that is not a vowel) sounds.  I.e. first and last, odds and ends, stroke of luck.

ASSONANCE: The repetition of vowel sounds. I.e. My words like silent raindrops fell.

PERSONIFICATION: Giving human characteristics to an animal, object, or idea. I.e. The hours crawled by like years.

PARADOX: An apparent contradiction, which is nevertheless somehow true.

OXYMORON: The setting together, for effect, two words of opposite meaning. I.e. burning cold, screaming whisper.

OVERSTATEMENT (or hyperbole): An extreme exaggeration used for effect. I.e. I’ve told you a hundred times…; I’m starving; The suspense is killing me.

SYMBOL: Roughly defined as something that means more than what it is.  I.e. A wedding ring is a symbol of commitment, love, honor, etc.  It is not just a ring.  It’s shape (a circle) is also symbolic; a circle never ends and therefore the love is not supposed to.

UNDERSTATEMENT: Saying less than what is meant, for effect.

Check out these books by priorhouse (available on Amazon) 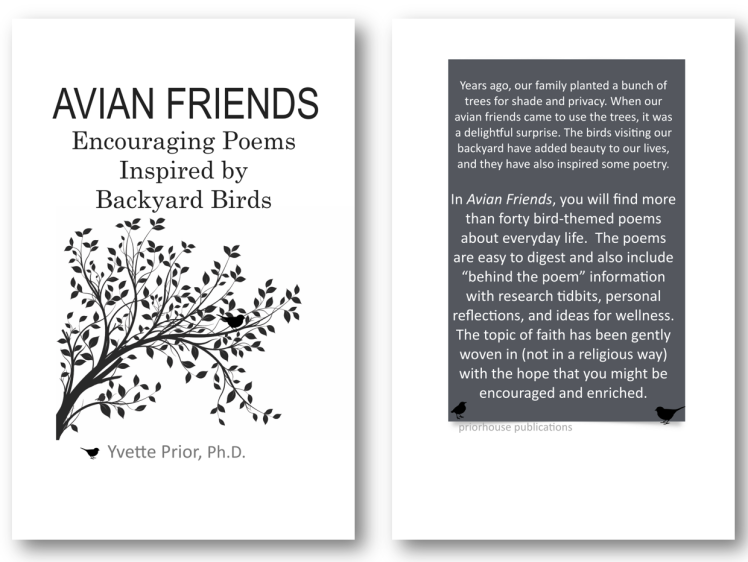 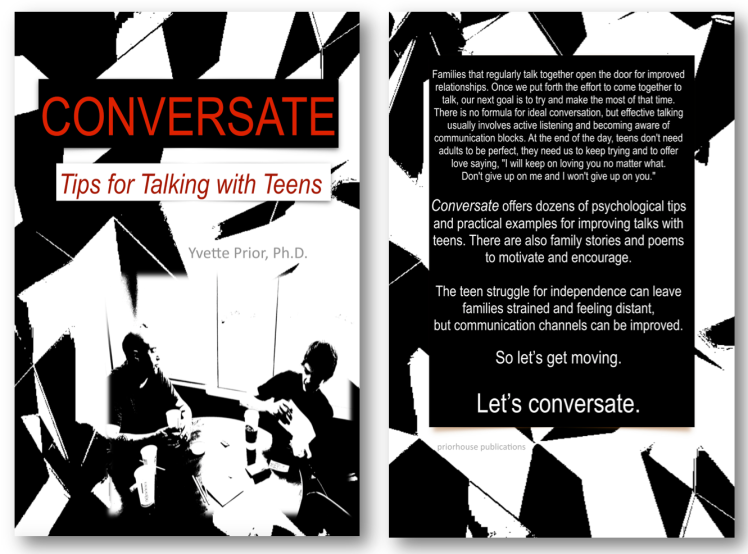 This is my ad free non-profit blog of my research notes on military history since April 2018.

Reflections as a Global Educator

My site is all about my travels around the world and in Australia, plus daily life photos!

The blog of author Betsy Kerekes

An Embarrassment of Riches

I love to read, and I love to write book reviews and share them with others.

Adventures in Travel, Sailing, and the Great Outdoors

Listen to your inner self..it has all the answers..

Irishman in the Middle East