The weekly photo challenge is “achievement” this week, and Michelle W.’s colorful photo of NYC runners reminded me of a small run I did in 2002.  I am not a major runner, but I have been doing 5K’s on and off since the 80’s. And back in 2002, I was new to town and I just quickly signed up for the 4 mile Los Gatos Great Race.

This little ol’ run turned out to be a celebrated achievement for me because not only was it a very hilly in the mountains up and down kinda run, but I also decided to take the boys along – a 2 1/2 and 4 year old –  in a double stroller!   Oh, and before the race even started – I had to walk UP many hills just to check-in…..

When I crossed the finish line that morning, with wonderful strangers cheering us on, well I knew I would NEVER run with large kids in double stroller – ever again.

The Great Race was still really fun – and I kept the t-shirt as a momento.

I wanted to include some Titian art for the second part of this achievement post because what I found inspiring about Titian was that he had some of his BEST years AFTER the age of 60.

Here is a quick slide show I made with a handful of Titian’s paintings, synced to “Times Like These” by the Foo Fighters, which was recorded in spring of 2002, which was right around the time of the race:

Jay Williams writes, “Titian, in the last 10 or 12 years of his life and secure in his renown, painted as much to please himself as to satisfy patrons. Still a vigorous personality even in his eighties, he expressed passionate feelings in his works – in an age that still tended to regard a painting as a piece of find craftsmanship rather than an outlet for personal emotions. Titian covered his late canvases with quick, broad brushstrokes, using shimmering color and a vigorous sense of drama.” 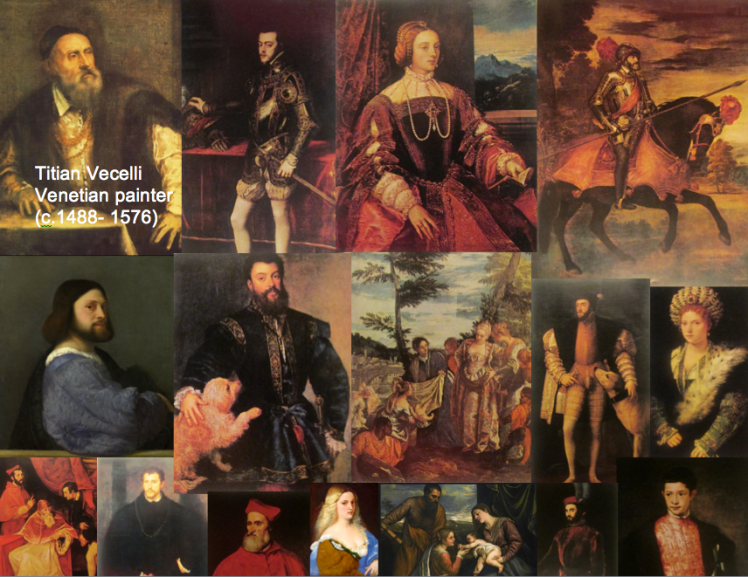 I think Titian’s later year achievements can inspire all of us – because while so many of us have small and large successes already, well – let us not forget that there is still opportunity to do some great things.

There is still time to pursue an old dream or come up with a new one.

I say this very seriously because I have seen many people feel washed up and “done” at 55.  I have seen people filled with regret and only backward thinking in their 40’s. And sure, I know there are sometimes different issues to work through  –  healing, disappointment, etc.  – but some fresh years are in front of you – and with all your life seasoning and the specialness that only “you” can contribute  – well the coming years are waiting to be embraced!

If you want to read more about Titian, check out this article from The Guardian (Here) – and scroll down to read the comments because there are some diverse views presented about this Venetian artist who achieved so much!

To see more entries for the weekly photo challenge this week on achievement  – go here.

Have a nice Sunday!

Dan writes, “Turning sixty is was no big deal.

As they say, “it beats the alternative” but in many ways, it’s just another marker.”

And if you are looking for a Venice read, you might want to check out The Gondola Maker by Hello World wp blogger:

lil bit of everything

shout it from the rooftops

A station with broken railroad tracks ...