Last year around this time I shared a blog post about three books I enjoyed from September. It turned out to be a special post for me (you can read last year’s post here). So I decided to make a similar post this October, featuring three choice books from September 2017.

And in keeping with my tradition, well, um, what I did last year, I mentioned how much I enjoyed Delancey Place and so HERE is my favorite DP post from September 2017. I will also end this post with a snippet from Robert Okaji  from O at the Edges.

BOOK 1: The Daybreakers by Louis L’Amour

I have heard about Louis L’Amour since at least 1994. A college professor raved about L’Amour. Also, for years I used one of L’Amour’s quotes (occasionally while teaching students and just as it came up). I reluctantly bought five paperbacks – and then to my surprise I enjoyed his writing so much. Sometimes a few chapters can feel long and dry, but there are so many times I will read something – pause reread a section and then just stop to savor. Here is an example of a passage that I did exactly that…. read it, reread it – and then closed the book and just savored:

“We could see the lights of the Fort up ahead and behind me the rumble of those wagon wheels as the train moved out, the rattle of trace chains, and the Mexicans calling to each other.

“You should learn,” he told me seriously, “I’ll be glad to teach you.”

“And to read writing?”

We rode in silence for a little while and then Tom Sunday said, “Tye, this is a big country out here and it takes big men to live in it, but it gives every man an equal opportunity. You’re just as big or as small as your vision is, and if you’ve a mind to work and make something of yourself, you can do it.”

The stars were bright. The camp lay far behind. Somebody in the settlement ahead laughed and somebody else dropped a bucket and it rolled down some steps.

A faint breeze stirred, cool and pleasant. We were making the first step. We were going after wild cows. We were bound for Purgatoire.”

Okay – so I am not even sure how this Zinsser book made it into my bag. Maybe I was in a hurry and I was thinking I could pass it on. Once I started skimming, which is usually what I do before I decide whether or not I will read a book, I realized I have owned this book twice before as it was required for classwork back in the day.  And Son1 had the most recent edition a few years ago as required reading for one of his classes. So again, I am not sure how this book ended up in my take home bag. I am still skimming the book, but had to share what spoke to me from the introduction. Zinsser wrote about the wonder of using a Word Processor (and yes, I can see why another edition was needed after that kind of chat)  Oh the fun of remembering the joy of a Word Processor. Also, this brief 127-word excerpt speaks volumes about process and change. Not just for writers, but especially for writers:

“This book was written in 1976 and expanded in 1980 and 1986. Now, in 1990, it has been expanded again and has also had a major overhaul. I won’t go so far as to say that with this Fourth Edition I’ve finally got it right. But I can say that it’s the book I would like to have written in the first place.

I didn’t write it earlier because I didn’t know enough; I’ve continued to learn new things about writing and teaching writing. Much has also happened in the field itself. The advent of the word processor has given writers a whole new way to write, rewrite, edit and organize their work. Better yet, women have achieved recognition as important writers in every area of non-fiction.”

BOOK 3: Diamond in the Rough by Barry J. Farber

This Diamond in the Rough book by Farber (1995) had a subtle undertone I disagreed with – like parts about pursuing your goal hard – relentlessly.  Hopefully in this day and age people are more in tune with pausing for wellness and hopefully we know that success does not always have to be defined by measurable achievement.  Even with the plethora of motivational points and wisdom nuggets throughout this book, there is an underlying message of go, drive, go, keep achieving. I also chuckled because some of the many celebs Farber interviewed are much different from they were back then (i.e. Bruce Jenner).

But this paperback, with more than 200 pages, had so many little nuggets I found I could not put it down. Farber did an excellent job and he went on to write many more after this. Anyhow, when I was thinking about what to share for an excerpt, I decided to share a few of his 45 reminders, which were provided near the end of the book:

Practice resistance for the brain. Whenever you’re doing something that is tough and painful, but must be done, remember that what we resist most is what builds us the most. That’s what builds character. That’s what helps us when we’re suddenly hit by an obstacle. We build our substance and stamina through the resistance training. It’s getting through the tough little steps and stages that build character, not going over the finish line.

The major antidote for depression is action.

Failure is the ultimate learning tool. Every disappointment teaches a positive lesson – you just have to look for it. It’s only when we make the same mistakes over and over again that we have really failed. It is in times of adversity we grow the most.”

Okay, so in keeping with what I did last year – here is a snippet from Robert over at O at the Edges:

we embrace her imperfect
reflection
rippling in the breeze,

but manage to surface.

and like Hendrix, kiss the sky.
But that was whimsy

and only candles light this room…

Go HERE to read the rest

~The first two book excerpts had to do with writing – that was not planned – because L’Amour and Zinsser had dozens of other snippets to share that were rich and not related to writing. But quick-like those were the ones I chose – which then ended up fitting the post very well – but I love when things coordinate almost on their own.

~I did have a 4th book from September, Jimmy the Wags, but it was annoying and my BS meter was going off (so no excerpt).

~This year’s books are all from this used book store in Richmond, VA. They sell lots of newer books too – and I have some 2016 and 2017 best sellers, but the three oldies featured in this post were the ones that spoke to me.

~And speaking of books, last year I shared that I was working on a short non-fiction, called December 1992, but I stopped working on the book because it was not ready to be written (sniff).  In a few years I will revisit that special project, and in the meantime –  I will chip away at other projects as they come along and feel right.  I will respect a healthy process that aligns with my unique goals, output, and personal readiness.

Thanks for reading and I hope you have a wonderful day… 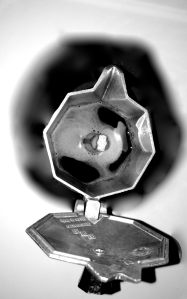 Farber, B. (1995). Diamond in the rough: The secret to finding your own value and making your own success. New York, NY: Berkley Books