This week Pegman takes us to Palace of Versailles, France. What Pegman Saw is a weekly writing challenge to write a fictional piece (150 words or less) using the location provided.

For my photo prompt, I chose an inside palace view and here is the story:

Come on Louie – tell’em the story.

Okay…. Back in 1988, I went to a wedding reception at the Palace of Versailles.

I sat most of the night just watching.

Then… the DJ played Shannon’s Let the Music Play. The atmosphere changed.

Hold on, let me tell this part.

So Louie gets on the dance floor and started to boogie down.

floatin’ moves – gliding, sliding, and movin’ his shoulders with rhythm and finesse.

The DJ started scratching vinyl (like this) and he let that music play, oh yeah.

“I am still so embarrassed. More folks joined in but a photo of me dancing ended up on the cover of Versailles Times: Invité de Mariage Aime Danser Boogie.

People still attribute my “getting down” to being drunk – but I was completely sober. 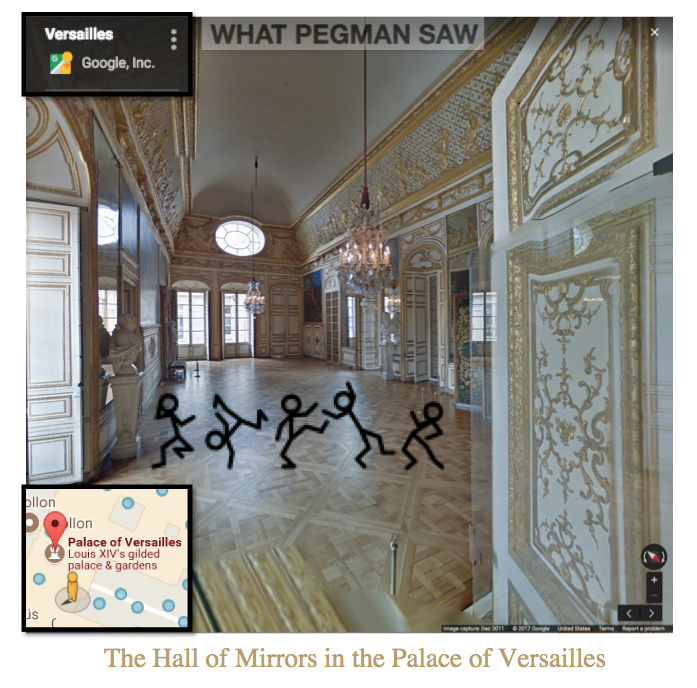 1) The Palace of Versailles is a royal château in Versailles, France (southwest of Paris). Palace of Versailles was declared the official royal residence in 1682 and the gaudy and ornate palace is a symbol of royalty abuse; it signifies the excesses of the French nobility (which eventually led to a Revolution)

2) Most of us know the “let them eat cake” phrase, which was viewed as a snobby response to the poor. Or is viewed as showing that the privileged nobility were being unsympathetic/unaware of the plight of the poor. 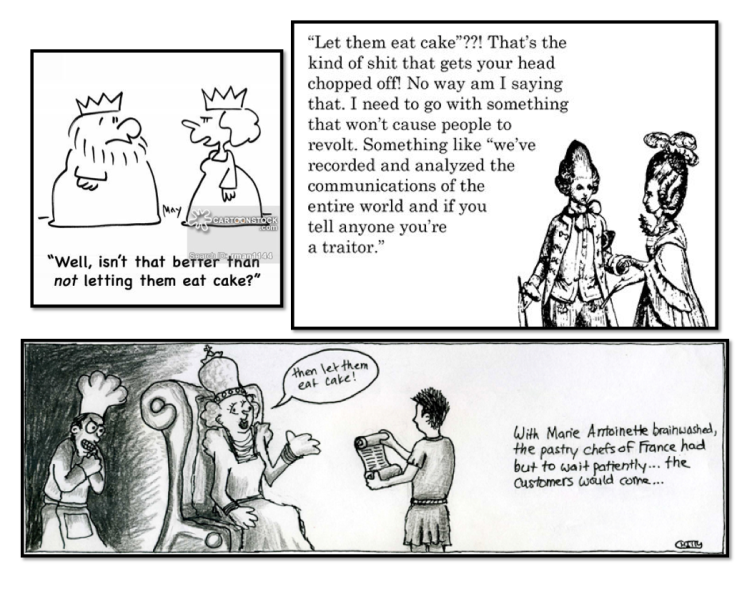 3) Not sure if you saw the 2012 documentary Queen of Versailles (here), which highlighted the Siegel family and how they were interrupted while building the biggest house in the United States. David Siegel is owner of Westgate Resorts (largest privately owned timeshare) and his wife, Jackie, has the title of Queen of Versailles. I heard that they sued for defamation and it was later dismissed. Then in 2016 the Siegels lost their teen daughter from a drug Over Dose (and Jackie Siegel started the foundation Victoria’s Voice). 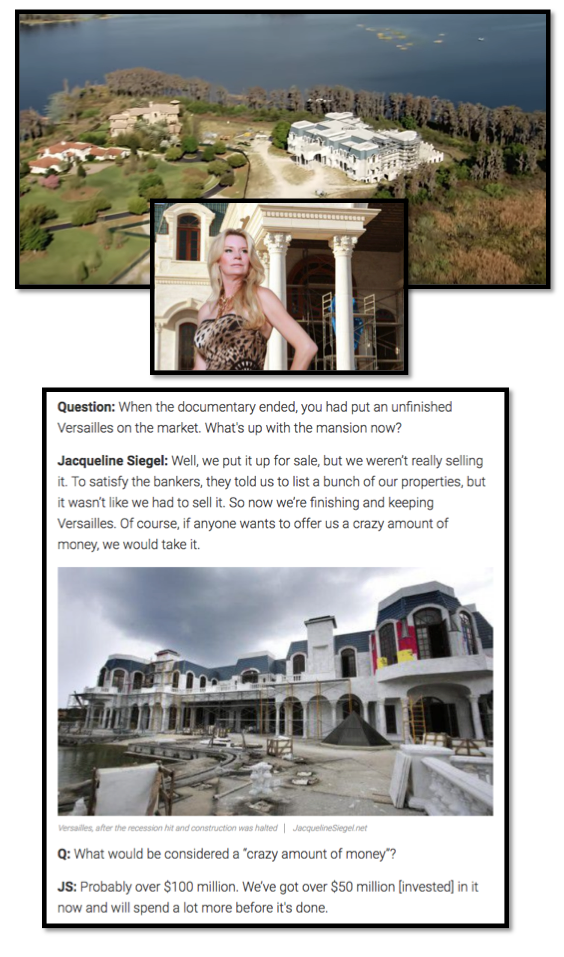 However, I guess the Siegel’s Versailles mansion is currently getting finished (They did not lose it to foreclosure after the 2008 crash) and Mandall (here) wrote: “The plans for the American Versailles, a 90,000-square-foot behemoth near Orlando, FL, seemed to have one overarching goal: to make the French original look shabby by comparison. Did Marie Antoinette have 10 kitchens, an ice skating rink, and a 5,000-square-foot closet? We think not.”

Also, once the mansion is done, Mrs. Siegel said she wants to hire French servants, ahem….? (More on that here)

4) I heard Let the Music Play (here) this week and it brought me back to the 80s – and so I wanted to somehow add that in to my fiction piece.

This is my ad free non-profit blog of my research notes on military history since April 2018.

Reflections as a Global Educator

My site is all about my travels around the world and in Australia, plus daily life photos!

The blog of author Betsy Kerekes

An Embarrassment of Riches

I love to read, and I love to write book reviews and share them with others.

Adventures in Travel, Sailing, and the Great Outdoors

Listen to your inner self..it has all the answers..

Irishman in the Middle East