Hello readers, This week Pegman takes us to Kinshasa, in the Democratic Republic of the Congo (thanks to a suggestion from James at Powered By Robots).

The challenge with What pegman Saw is to write up to 150 words inspired by the suggested location, which this week is in the Congo in and around Kinshasa.

Here is my photo choice: 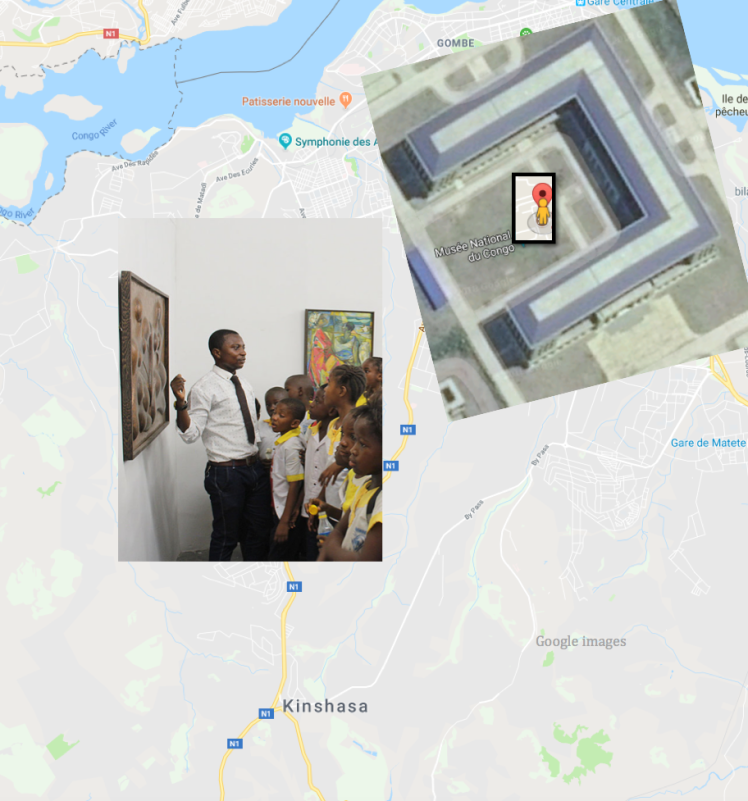 Transporting artifacts from dusty storehouses, I logged miles on my Land Rover. Back in the States, Rover’s meant luxury. Leather seats and spacious interiors provided showy rides on city streets. However, using a Rover to haul heavy artifacts highlighted what the beast was made for – hard work!

“J’aime pas le Congo,” rang through my head. That’s what folks said when they abandoned Congo’s museum construction. Even VanBeurden, the director, complained it felt ostentatious: less about contents and more about showy museum shell. I stayed through the complaining. Not sure why. Meaning motivates and restoring cultural artifacts likely fueled me.

Today, I deliver more art as the Rover’s tires safely pound teeth-rattling dirt roads. I see again this beast is more than a luxurious SUV. Similarly, Congo’s museum will be more than a showy shell. Some argue a museum legitimizes a country – so shouldn’t the structure be functional and beautiful?

“In 2011, the Congolese government struck a deal with KOICA to fund the construction of a new national museum, as well as help to digitize its collections and train its staff on museum management. But like the old museum before it, the project has often seemed less about the museum’s contents and more about the performance of building it, says Dr. Van Beurden, the author of a book on the history of Congo’s national museum.”

Won-chul Kim is the architect working with Korea International Cooperation Agency (KOICA) (info here) in the construction of this new national museum in the Democratic Republic of the Congo (DR Congo). Why did he leave his success in Korea and go to Africa? He responded in this way: “Paul Polak, the social activist who sought to solve world poverty, said that 90% of the entire world works for the 10% of the wealthy. If so, shouldn’t someone work for the rest of the 90%?”

Also, last winter we drove with a friend to a local sporting event – he had a very upscale Land Rover. I remember thinking that sometimes we have a whole lot of vehicle for mere city driving – but hey, who I am to judge? Those SUVs are also safe, spacious and meet other needs….

Thanks for reading and hope your weekend winds down with enjoyment.

Roaming, at home and abroad

When you choose an alternative lifestyle with no idea what you're doing and make it up as you go.

Art is the Struggle to Understand

My adventures while living in China

My Pen Writes of You

Ideas and Advice for How To Live a Joyful and Empowered Life.

Join us on the journey

The home of all things books

Philosophy is all about being curious, asking basic questions. And it can be fun!

Philosopher Mouse of the Hedge

On The Streets Where We Live

Gather around everyone! It's storytime!!!

When I'm not plotting my next book, I watch movies and television programs, both new and old, on Acorn TV, Amazon, BritBox, Hulu, Apple TV, and Netflix. Afterward, I write reviews and scatter popcorn kernels. Whatever floats your remote is fine with me.