The prompt for “Stream of Consciousness Saturday” is “ends with -ly.” Linda invites bloggers to “start your post with any adverb that ends in “-ly.” Bonus points if you end with an adverb too. Have fun!”

Especially glad to be joining in with Stream of Conscious Saturday (#SoCS). My first time joining in. I opened my blog and quickly started the post. I have been wanting to join this challenge for a long time now – because the Doobsters used to join in (Hi Doobs…) and Joey and Dan Antion have been doing this challenge for a long while. I almost blew it off. “Next week,” I thought – but before we know it, next week will be here and I might put it off again.

So let’s jump right in.

February is turning out to be absolutely nice. After a whirlwind November, December, and January – it is nice to ease into February.

The only news to share is that we are redoing our guest room. We picKed Sage  green for the walls and so far it looks great. We also decided to get rid of this massive bookshelf that was in there. The hubs was delightfully surprised when I suggested it – and he even said, “no pressure.”  But I was ready. I am ready to make the guest room as minimal as possible – because don’t guests want more blank space when they visit? Or at least not this visually loud l, packed bookshelf that had a lot of books. That was the last room to have the floor redone and sigh…. feels great.  I have 21+ bags of books to disburse – and it is with pleasure I do this… it is a release. I am not just saying that – maybe three of the literature textbooks are hard to part ways with, but seriously, I could always get them again. I did save 1/3 of the books and they are now streamlined on a tall, slim shelf.

The other thing on my mind right now is Michelle.

Michelle was a neighbor of mine, back in 1991, when I lived in Florida.

We went out a few times and sometimes I brought her (and her roommates) pies from the restaurant I worked at.

I vividly remember that the October I knew Michelle, the 1991 World Series was on and the Minnesota Twins beat the Atlanta Braves (4-3). I am not into baseball, but the series generated excitement and the Twins’-Braves game was the second in five seasons in which the home team won all seven games in the Series. And I guess that the 2013 Red Sox joined the 1991 Twins as the only teams that won a World Series one year after finishing in last place. 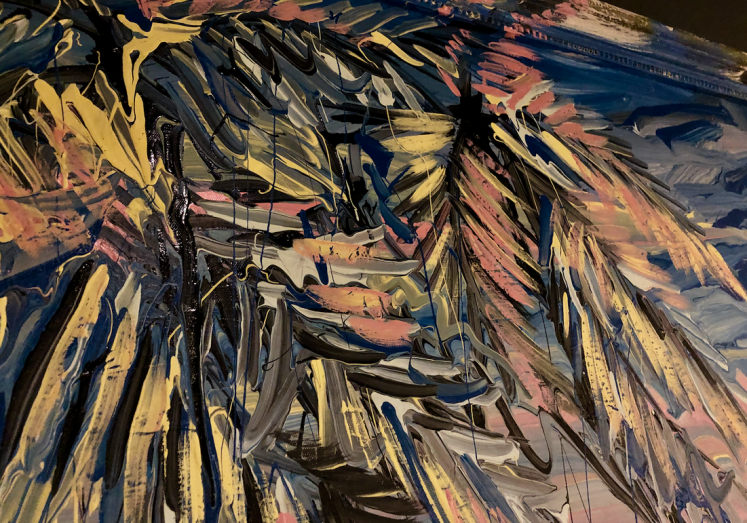 The reason Michelle is on my mind is because I was going through some photos I took in Florida in December 2018 and I found a picture of someone that looks like Michelle.

It was an early December visit to Orlando and I was grabbing some street shots and taking photos here and there.

After my flight, I met a former student, Tasch, at a yoga studio – and it was the first time I took a yoga class in jeans.

It worked out fine. The jeans were worn-in and loose (and maybe could have split… oops) – and thankfully I had a long-sleeve, black t-shirt on that was also extra long around the waist. That saved me. The class was so good because it was my first class in like a week and I was strong and needed the stretching.  I found that I was adeptly moving through the poses – completely and easily (how is that for some “ly” words… ha).   There are times when yoga is less fun and other times when it is a complete indulgence – this was the latter.

Earlier this week, I was looking through photos from the last few months. I had taken a photo of that yoga room (think it was before our class) and this lady peeped out, smiled, and I think she said hello. Here is the thing. I think the lady in this photo is my friend Michelle.

I dug out a photo of Michelle from 1991 – a time when we went out with a few others.

I put the photos side by side and want to know what you think. Sadly, I do not recall Michelle’s last name.

I just know she was really sweet.

She was finishing college to be a teacher and she was from Clearwater, FL or Hollywood, FL. I almost went lobster fishing with her one day – but that did not work out.

And when my ex-boyfriend, Darrin, took me to see Eric Clapton in Tampa –  Michelle came with us and she hung out with Darrin’s friend. The concert was okay –  but we had to leave the floor area because of all the pot smoke. Nothing against those who smoke – and I think it should be legal, but there are times when I just cannot be around smoke – especially in the 1990s. I just felt so sick from it.

So anyhow, let me know what you think – do you think last December I unknowingly grabbed a photo of my old neighbor?

Is this maybe what she would look like almost thirty years later?

The Friday Reminder and Prompt for #SoCS Feb. 9/19 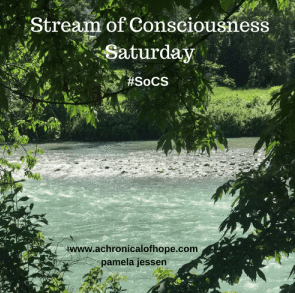 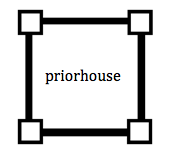 lil bit of everything

shout it from the rooftops

A station with broken railroad tracks ...